Sogefi’s history as a worldwide leader in the design and manufacture of engine filtration and vehicle suspension components is tied to its commitment to innovation and research for excellence. These distinguishing traits are evident in the initial acquisitions and joint ventures which were made a few months after the company was established.

From the very beginning, such actions were triggered by the intention to expand the Group through global strategic acquisitions in the vehicle components sector. Sogefi soon established plants in many countries, many of which are now major global economies. Two examples are Brazil and China, where Sogefi has had a presence since 1991 and 1995 respectively.
Sogefi’s top priority has always been to bring value from its operations to all its stakeholders, and we believe the company has been successful in achieving this.

After having managed and restored Air & Cooling and Filtration Business Units’ profitability, Frédéric Sipahi is appointed CEO of Sogefi.

Air & Cooling Business Unit signs several contracts in the field of thermal management of batteries and electronic components for electric and hydrogen vehicles.

Air & Cooling and Filtration Business Units accelerate their shift towards E-Mobility products with the award of several new programs for prestigious customers.

Sogefi Air & Cooling receives the GM Supplier of the Year award for the 3rd time.

Frédéric Sipahi leads the sale of the Fraize plant in France (specialized in blow molding activities) to focus the Air & Cooling Business Unit on higher value-added products and reduce its exposure to diesel.

Sogefi Air & Cooling receives the Supplier of the Year award by GM for the 2nd time.

Sogefi Air & Cooling receives the Supplier of the Year award from GM for the first time.

Sogefi Air & Cooling signs its first contract for 100% electric vehicles with a French OEM and thus initiates the transition of its products towards thermal management for electric vehicles.

Laurent Hebenstreit appointed as Chief Executive Officer and a new "lean" organisational structure presented with all Sogefi Group activities splitted into one of three product-oriented Business Bnits: Suspensions components, Air & Cooling and Filtration, with the purpose to create a lighter, simpler and more efficient structure throughout the group, improving competitiveness leveraging on quality, costs and innovation.

Sogefi plans to expand its presence in the North American markets through an investment of € 17 million at Monterrey (Mexico) in a new plant serving all three Business Units. 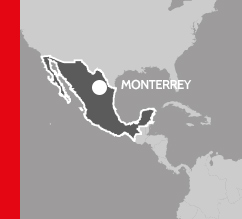 Sogefi awarded by the Italian Gipa (groupement inter professionnel de l’automobile) with the “excellence trophy” in the category “contribution to the environment” and recognised with an award by Groupauto Italia for the contribution of Sogefi aftermarket in 'premium marketing' category.

Sogefi receives the award by General Motors as supplier of the year 2013 in the category of air intake systems.

On the expiry of his mandate, Sogefi Chief Executive Emanuele Bosio leaves the helm of the company and Guglielmo Fiocchi takes over as Chief Executive Officer of Sogefi. Sogefi’s Engine Systems Business Unit opens two new factories, one in Pune (India) producing filter systems and the other in Monterrey (Mexico) producing components for Chrysler, GM and Ford V8 engines. 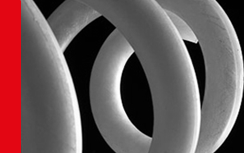 In july Sogefi consolidates its presence in india with the opening of a new factory producing suspension parts in Pune and a new plant for the production of filter systems in the Bangalore area.

In september the board of directors appoints Guglielmo Fiocchi as General Manager of Sogefi. 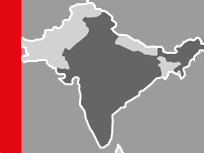 Sogefi celebrates its 30th anniversary and, with the acquisition of the Mark IV Systèmes Moteurs group, completes its range of products for engine systems and strengthens its position in North America.

The group closes the year with revenues of 1,158.4 million euro, reaching an all-time high for the thirty years of its history thanks to the acquisition of Mark IV Systèmes Moteurs and to the organic growth of the businesses of the group. 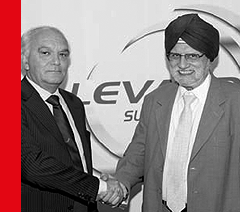 Sogefi expands its presence in India by signing a joint venture agreement, for a 51% stake, with the Imperial Auto group to open a plant at Pune (near Mumbai) to produce suspension components for local vehicle manufacturers.
The Group’s management structure is rationalized and a separate Aftermarket Division is created to better focus on the replacement markets.

Following a degree of necessary retrenchment due to the global economic crisis of 2009 which had a harsh impact on the automotive industry, Sogefi’s revenues increase over the previous year to 924.7 million Euros with over 6,000 employees (includ­ing hired people). 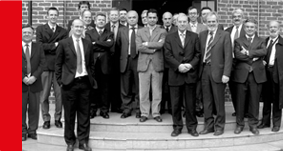 Sogefi acquires a 60% stake in a joint venture in India (at Bangalore) with the M.N. Ramarao Filters Private (MNR) group. Its aim is to enter the Indian filters market, specifically for cars and two/three-wheeled vehicles as well as for

industrial applications.Sogefi enters into a joint venture with Sardou S.A. in France to develop suspension components made with innovative materials, alternative to steel, aimed at considerably reducing weight. 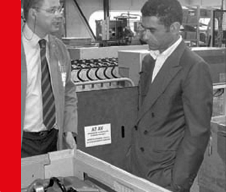 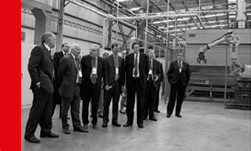 In China, where the company has been a presence since 1996 in the suspension sector, Sogefi sets up a joint venture to expand its business further within the filtration industry.
A new plastic components plant is acquired in France (at

Argentan in Lower Normandy) to im­prove the vertical integration of components and advance the technical skills in the filtration sector. 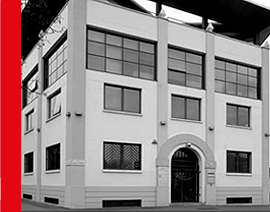 
The Group focuses on its industrial and corporate reorganization to optimize its presence and com­petitiveness in all markets, especially in countries with very dynamic economies.

The company reaches revenues of 1,023.4 million Euros and the number of employees rises to over 6,100. 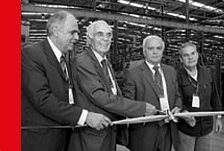 Sogefi S.p.A. shares, listed on the Milan Stock Exchange since 1986, are moved to the STAR segment, reserved for small and mid-cap compa­nies who can provide excellence in terms of trans­parency, communication, liquidity and corporate governance.

Sogefi S.p.A. Headquarters transfers from Mantova to Milan.
The Group’s first US plant is opened at Prichard (West Virginia), to manufacture shock absorber springs and stabilizer bars for the local market. 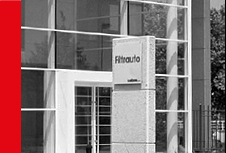 In Brazil, a new suspension components produc­tion plant is opened at Mogi Mirim (near São Paulo). 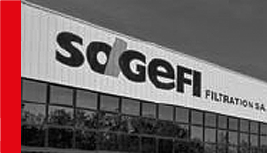 Acquisition of the French company Filtrauto S.A., operating in the filters sector, with manufacturing plants in France, Italy, Spain, UK, Slovenia and Argentina. As a result, Sogefi becomes a leading company in both the replacements market and supply of original equipment filtration systems. 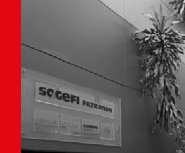 Takeover of United Industries Plc., the British group operating in the precision springs industry, with 3 plants in the UK, 2

in France and 2 in the Netherlands. Sogefi’s revenues rise to 674.2 million Euros with employees numbering over 5,100. 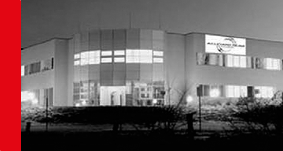 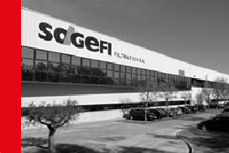 A new plant dedicated to manufacturing springs and stabilizer bars for suspension is inaugurated at Fronville in France. 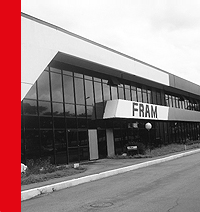 In Brazil and Argentina, controlling shareholdings are acquired in the associated companies manu­facturing filtration elements. 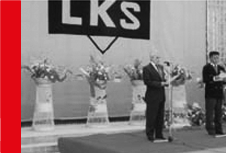 trains and industrial vehicles, they are integrated with simi­lar operations already active within the Group.
A new filter manufacturing plant is opened in Brazil, at Mateus Leme, in the Minas Gerais, while new offices are opened in Buenos Aires, Argentina. 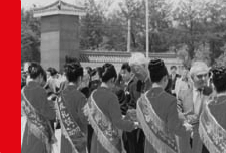 Again anticipating future trends, Sogefi sets up a strategic joint venture in the suspension industry in China called Liaoyang KS Automotive Spring Ltd., with the German group Krupp Hoesch Automotive. Both companies agree to each hold a 30% interest while the remaining 40% 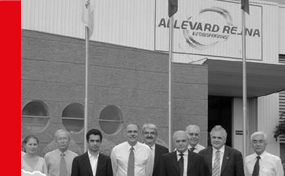 Sogefi further expands its products portfolio by acquiring the French companies Montal S.A. and ES Metal S.A., specializing in the production of precision springs for special applications.
In South America, the Group consolidates its presence by acquiring 60% of an Argentinian filter manufacturing company. 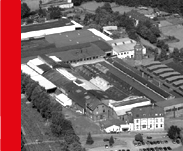 After identifying growth potential in the South American market, the Group arrives in Brazil where it acquires Europarts Industria de Autopecas Ltda, a former division of Allied Signal operating in the filters sector.

The company is subsequently renamed Sogefi Filtration do Brasil Ltda. 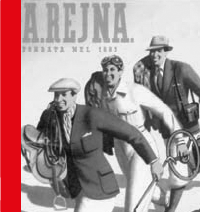 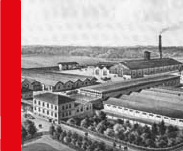 Sogefi continues to expand its international filtra­tion interests by acquiring Coopers Filters Ltd. in the UK and a shareholding in Afico Filters S.A.E. in Egypt. 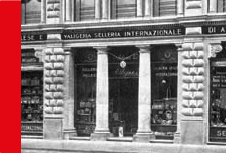 The Company’s presence in the suspension com­ponents industry is further consolidated with the acquisition of two Italian companies (Mollificio Bresciano and Sidergarda) and a French company (Ateliers Métallurgiques de Saint Urbain S.A.). 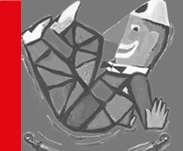 As part of its strategy of expansion and diversifica­tion in the automotive sector, Sogefi takes over Rejna S.p.A., an Italian manufacturer of suspen­sion components for the transportation industry.
Sogefi is listed for the first time on the Milan Stock Exchange. At the end of the financial year, revenues are 147.8 billion Lire (equal to 76.3 million Euros) with over 1,700 employees. 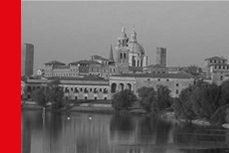 Sogefi expands its activity to new markets in Europe through a joint venture with the American group Allied Signal.

Acquisition of Fiaam S.p.A., an Italian company specializing in the manufacture of a wide range of car filters. 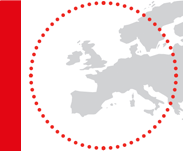 Business agreement signed with the US group Allied Signal for the exclusive licence to use the world-renowned FRAM® filter brand. 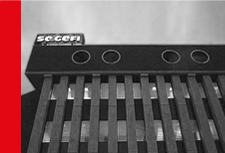 Sogefi S.p.A. is established in Mantova, in north­ern Italy, with the objective of becoming a major force in the automotive components industry. CIR becomes its controlling shareholder. 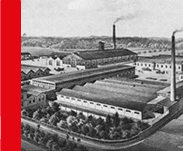